About
Board of Directors

The Board of Directors is comprised of six (6) members from the media, entertainment and communications industry. The number of board members from the broadcasting distribution undertaking, Videotron, is limited to a maximum of one third of the total number of directors. The Board of Directors makes all decisions regarding the Quebecor Fund, including its general policy, and in doing so, takes into account the guidelines specified on its website. The Board of Directors bears sole responsibility for its decisions regarding financing. The Quebecor Fund’s day-to-day business activities are managed by one of the directors, who is designated by the Board. 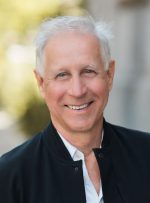 Photo by Manoucheka Lacherie
Serge Thibaudeau is the President and Chief Executive Officer of Quebecor, which he founded in 1999. Furthermore in 2020, he was named “Women’s Ally” at the 20th Femmes du cinéma, de la télévision et des médias numériques (FCTMN) fundraising gala. He is also currently President of MTI Groupe conseil Inc., his own company, and of Eastman Domain. In 2015, he co-founded the Let Me Play Foundation, a non-profit organization that helps Syrian child refugees. In addition, Serge Thibaudeau was on the Board of Directors of the Centre d’Études sur les medias from 1995 to 2014, and was a member of the steering committee for SODEC’s project, Option culture, virage numérique from 2010 to 2011. He has worked in several functions for the Government of Quebec in the past, notably as Director General for the Ministry of Communications from 1985 to 1995, Secretary General for the Commission d’étude sur le cinéma et l’audiovisuel from 1981 to 1982, Cabinet Chief and Political Attaché for the Ministry of Communications from 1978 to 1980 and for the Ministry of Cultural Affairs from 1976 to 1977. For the Ministry of Education, he was head of computerization for Cégeps from 1973 to 1974, and head of the computer pedagogy laboratory from 1970 to 1972. Prior to that, he was a computer analyst from 1968 to 1970. Mr. Thibaudeau graduated with a Master’s Degree in Public Adminstration from the École nationale d’administration publique à Québec in 1975, and a Master’s Degree in Educational Sciences from Université Laval in 1971. Serge Thibaudeau also studied Programs for Public Executives at Queen’s Univeristy in Kingston, Ontario in 1991, and, in 1968, graduated from the Université de Montreal with a Bachelor’s Degree in Chemistry. 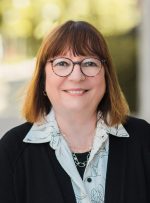 Monique Simard
Chairwoman of the Board,
Member and Independent Administrator

Photo by Manoucheka Lacherie
Monique Simard joined the Quebecor Fund team in April 2018 as Chairwoman of the Board, Vice-President of the corporation, and member and independent administrator. In 2018, she was nominated by the Federal Government to become a member of the Broadcasting and Telecommunications Legislative Review Panel (Yale Report, 2020). In September 2019, she was appointed to serve as the Chair of the Quartier des Spectacle Partnership’s Board of Directors. In 2018, she was also appointed to serve as the Chair of the Board of Directors of La Vitrine Culturelle du Québec. As President and Chief Executive of SODEC (Société de développement des enterprises culturelles) from 2014 to 2018, Monique Simard served on the Boards of Directors of the Fonds d’investissement de la culture et des communications (FICC), the Fonds Capital Culture Québec (FCCQ), the Québec Film and Television Council. During this time, she also served on the steering committee of the Observatoire de la Culture et des communications du Québec (OCCQ). What’s more, in 2017, she was named Commander of the French Ordre des Arts et des Lettres. From 2008 to 2013, Monique Simard was Executive Director of the French Program for the National Film Board of Canada. In that capacity, she supported the creation and programming of distinctive, innovative and relevant documentaries, animated and fiction films, and interactive works destined for multiple platforms. From 1998 to 2008, she was a member of the team at Productions Virage, which specialized in the production of documentaries about social and international issues. During her time there, Monique Simard produced more than 60 documentary films and series for television. Monique Simard has previously acted in the capacity of Chairwoman of the Board of the Cinémathèque Québécoise, was a founding member of the Montreal International Documentary Festival (RIDM), and was a member of the Board for the former Association des producteurs de films et de television du Québec (APFTQ, now the AQPM) as a representative for documentaries. She has participated in all major documentary film festivals around the world. Monique Simard was named Honorary President of Sunny Side of the Doc in 2016, and in 2017, was named “Doc Mogul” at the Toronto’s Hot Docs festival. In all of her work, Monique Simard has always been actively involved in ensuring that women have their rightful place in society. 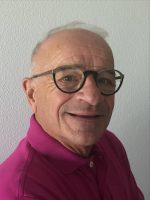 Maurice Prud’homme has held the position of Secretary and Treasurer of the Quebecor Fund’s Board of Directors since November 25, 2020. He is also Vice-President of the Corporation and member and independent administrator. Maurice Prud’homme holds a master’s degree in Management Science from the University of Ottawa and spent his career working in business funding and economic development. Mr. Prud’homme has extensive management experience, including cost control, strategic development in the venture capital market, developing financial products, managing teams spread out across the entire province, and speaking at and training investment committees and boards of directors. In 1983, he helped establish the Fonds de Solidarité FTQ, contributing, in particular, to various think tanks, to drafting the bill and to negotiations with the Government of Quebec. Maurice Prud’homme remained at the Fonds de Solidarité FTQ for 22 years where he held many different positions. Following this, he became President and CEO, and President of the Board of Directors of Investissement Québec. In 2005, he was appointed General Manager of the Fonds d’investissement de la culture et des communications (FICC), where he remained until 2014 when he became Executive Director of the Fonds Capital Culture Québec. Maurice Prud’homme retired at the beginning of 2020. Alongside his outstanding career, Maurice Prud’homme has actively contributed to many different organizations and associations, namely as President of Réseau Capital, the Québec Venture Capital and Private Equity Association, as a board member of Canada’s Venture Capital & Private Equity Association, and as a member of Sommet Capital, which organized the first ever global venture capital summit in Montreal in July of the year 2000. Since 2005, he has been President of Investissement Premières Nations du Québec’s Board of Directors, and currently sits on other boards, including: Le Boulot vers… a social enterprise that reintegrates 16-25-year-olds into the workforce, Québec Cinéma, L’inis, Sphere Media, and Les Habitations du Centre-Ville. 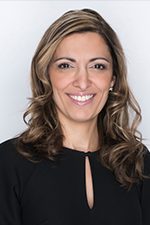 Ms. Peggy Tabet has served as a member and administrator of the Quebecor Fund Board of Directors since May 13, 2021.

In her current role, Peggy is head of Quebecor’s communications and public affairs services, and represents Quebecor and its subsidiaries TVA and Videotron before the Canadian Radio-television and Telecommunications Commission (CRTC) in matters of broadcasting, distribution and telecommunications.

Prior to joining the regulatory affairs department in 2005, Peggy held several different positions at Groupe TVA, including Business manager of affiliate relations in the specialty channel department, as well as several sales and marketing positions for TVA.

Peggy holds a master’s and a bachelor’s degree in Communication sciences from the Université de Montréal.

In 2019, Peggy received the “Prix Communications” of the Chambre de commerce et d’industrie Canada-Liban and for four consecutive years was named one of Canada’s Top 100 Lobbyists by the Hill Times. 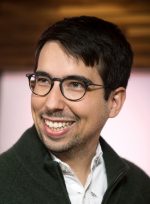 Jean B. Péladeau
Member and Administrator, Representative of Videotron Ltd.

Jean B. Péladeau has served on the Quebecor Fund Board of Directors since December 8, 2017. Jean B. Péladeau has worked for Quebecor since 2014, where he has acquired significant expertise in telecommunications and data management. He currently holds the position of General Manager, Data and Advertising Performance for Quebecor and Videotron. In addition to these responsibilities, Jean B. Péladeau is a member of numerous Quebecor corporate committees. He previously held the position of Senior Director for Quebecor’s integrated data centre, and the position of Director of Data and Digital Media at Videotron. Jean B. Péladeau holds a Bachelor’s degree in Media Industries and Institutions from Carleton University. Actively involved in community organizations, he currently serves on the Boards of Directors of the Fondation Jean-Neveu and the Pavillon Pierre-Péladeau, which support people suffering from alcoholism and substance abuse.